– The European University Sports Association (EUSA) had a very successful common conference and seminar with the International University Sports Federation (FISU) in Slovenia. What were the most important topics?

– Actually, it is important to say that the European University Sports Association (EUSA) is a continental associated member of the International University Sports Federation (FISU). Our association was founded in 1999, so we are celebrating the 20th anniversary this year. We are working on the principles defined in our Statutes and development strategy. EUSA signed in 2016 a Memorandum of Understanding with FISU, in order to develop the relations between three entities which are the global, continental and national university sports federations. The FISU offered to support organization, on a two-year basis continental conferences which gathering leaders of global, continental and national university sports federations in order to better understand each other problems, challenges and needs. I am very proud to say that Europe was the first continent which organized such a conference, in April in Kranjska Gora/Slovenia. There were more than 25 member countries present, our colleagues from FISU development unit and the number of invited speakers. I think it was a really successful conference with a lot of top quality presentation made by our members or by invited guests. We discussed about our tradition, role and the impact of university sports events, future plans, strengthen ties, networking, media coverage, social responsibility through sport, volunteering and fundraising as well.

– How do You feel in Hungary? Do You like Hungary?

– I like a lot, yes, really. Maybe Hungarians do not know, but in the Polish heart, there is a special place reserved for Hungarians. It is linked to history. As you know in the Medieval period sometimes Poland was ruled by Hungarian kings, and in some periods Hungary was ruled by Polish kings. We received a lot of help from Hungarians after the Spring of Nations, 1848, when a lot of Poles had to escape, and we have relations in the modern history like the uprising in Hungary in 1956. So I think we are close, mentally we understand each other quite well.

– How often do You visit Hungary for work?

– In recent periods quite often due to some of my missions with university sports and also on private bases. It is not so far away from my hometown, as I am living in Wroclaw, which is in the South-Western part of Poland, not so far from Budapest, just 600 kilometres. It is worth riding for 6 hours to see this beautiful city. This time I had an opportunity to see the Table Tennis World Championship’s final events and meet a lot of great people: athletes, sports diplomats and sports leaders. I visited the International Teqball Federation (FITEQ) headquarters and I learned more about all five TEQ sports: teqball, teqis, teqpong, teqvoly and qatch.

– And what do You think about the bilateral relations of Hungarian and Polish sports?

– With the Hungarian University Sports Federation (HUSF) AZS (University Sports Association of Poland) signed an agreement in 2016. The same year the President of HUSF, Professor Adam Kiss received a special award during the national assembly of AZS, and as you know in spring 2016 both Poland and Hungary were candidates to organise the European University Games (EUG). Based on our agreement that we are not competitors, we go together. Both countries agrees that Poland will organise the Games in 2022 in the city of Lodz, and Hungary will organise the event in 2024 in two cities, Debrecen and Miskolc. I had an opportunity to visit all three cities, which are great university cities, with a very interesting history and ambitions to play important role in future.

– The European Universities Games is the largest European multi-sport university sports competition. If you look at the landscape of sports, there are a lot of top-level competitions, and Hungary, particularly in Budapest, host yearly the most important sports events in the world of sports. Hungary, as far as I know, is still on the path to hosts Summer Olympics on one day. The EUSA event is a sports competition with a focus on university teams, and it is also a social event, which gathering the biggest number of students at any performance in Europe including cultural and scientific ones, so we expect that there will be about 5,000 students, coming from more than 500 Universities from all European countries. Alongside the sports competitions, we will deliver programs and workshops a wide range of themes, such as anti-doping or dual career. I’m sure that by the organizing the Games HUSF, hosting cities and hosting Universities will realize the goals, presented in their legacy plan.

– Which sports leaders do You keep contact with here? For example, You mentioned the name of Mr. Kamuti.

– I had several opportunities to speak to Mr. Kamuti Jenő, President of the International Fair Play Committee. It is also important to mention that a few years ago EUSA was awarded by the European Fair Play Association with the award for the contribution to the fair play movement. I have almost daily relation with all my colleagues from HUSF, and I had a few opportunities to meet at some conferences Mr. Pál Schmitt, who is the former President of the Hungarian Olympic Committee and also a member of the International Olympic Committee.

– I have to ask You about Your position. What do You expect as a leader from other colleagues?

– I would say it is not about expecting something from someone, but rather about what others can expect from you. So I would say that sport and whatever we are doing is a common, not individual responsibility. Of course there are the ones who should lead, but the people around are equally important and valuable. Sport is and shall be always about development, and as a universal language, everyone understands it brings nation and people together, makes as friends not competitors.

– What possibilities do You see at sports diplomacy and the organisation’s international relations?

– I think that those countries which understand the power and value of sports, can benefit a lot, we can call it sports diplomacy if you want. And from my point of view the two countries which really understand the meaning of sports and sports diplomacy are the Russian Federation and Hungary. I attended several events in Russia, especially the Universiades of Kazan and Krasnoyarsk where not only the sport were important, but also the infrastructural development of the region, and social projects addressed to the youth.

For the recognition of the country, for the development of the society, for the young citizens the organisation and the getting involved is very important. Hungary, at each of the event, is doing it really-really well.

– I would like to ask You about Your former experiences and connection with sport.

– Do You have time for doing sports this time? And any other hobby?

– Well of course, as you know, doing sports makes us more healthy, and because of all those other things make us more happy, so I try to do sport regularly. Tomorrow morning I plan to do a run around the Danube area, the bridges of Danube. And I read a lot. Newspapers, week papers, books, stories. Mostly about the history of social development, society. I prefer mostly non-fiction rather than fiction.

– Do You know Hungarian writers or poets?

– Poets less, but a few writers, like Imre Kertész. In Poland, Hungarian cinema was quite popular, especially Márta Mészáros’s films.

– What are Your plans for the next months? Will You travel a lot?

– Month of May for university sports of the national level is a period when we have a lot of activities. From Budapest, I’m going to Split when I was invited to the University Sveti Duje Rowing Regatta. Then we have an internal working group meeting for preparation of EUSA General Assembly, which will be held in September, in Aveiro, Portugal. I am planning to go Lithuania to attend SELL Games. This name is made up of the names of the languages of four countries, Suomi (Finland), Eesti (Estonia), Letland (Latvia) and Letua (Lithuania). This is the oldest event of university sports in Europe, it was held for the first time in 1923. At that time it was the manifestation that their countries being born since all four countries got their independence in 1918. The students from these countries created these games, and in a circulation every year they have an event in a different country out of the four. Now it is in Kaunas/Lithuania with about 2,000 athletes present, not only from SELL countries, but even from China. The power of sport connects nations and people.

The interview was made at the World Table Tennis Championships in Hungary (April, 2019). 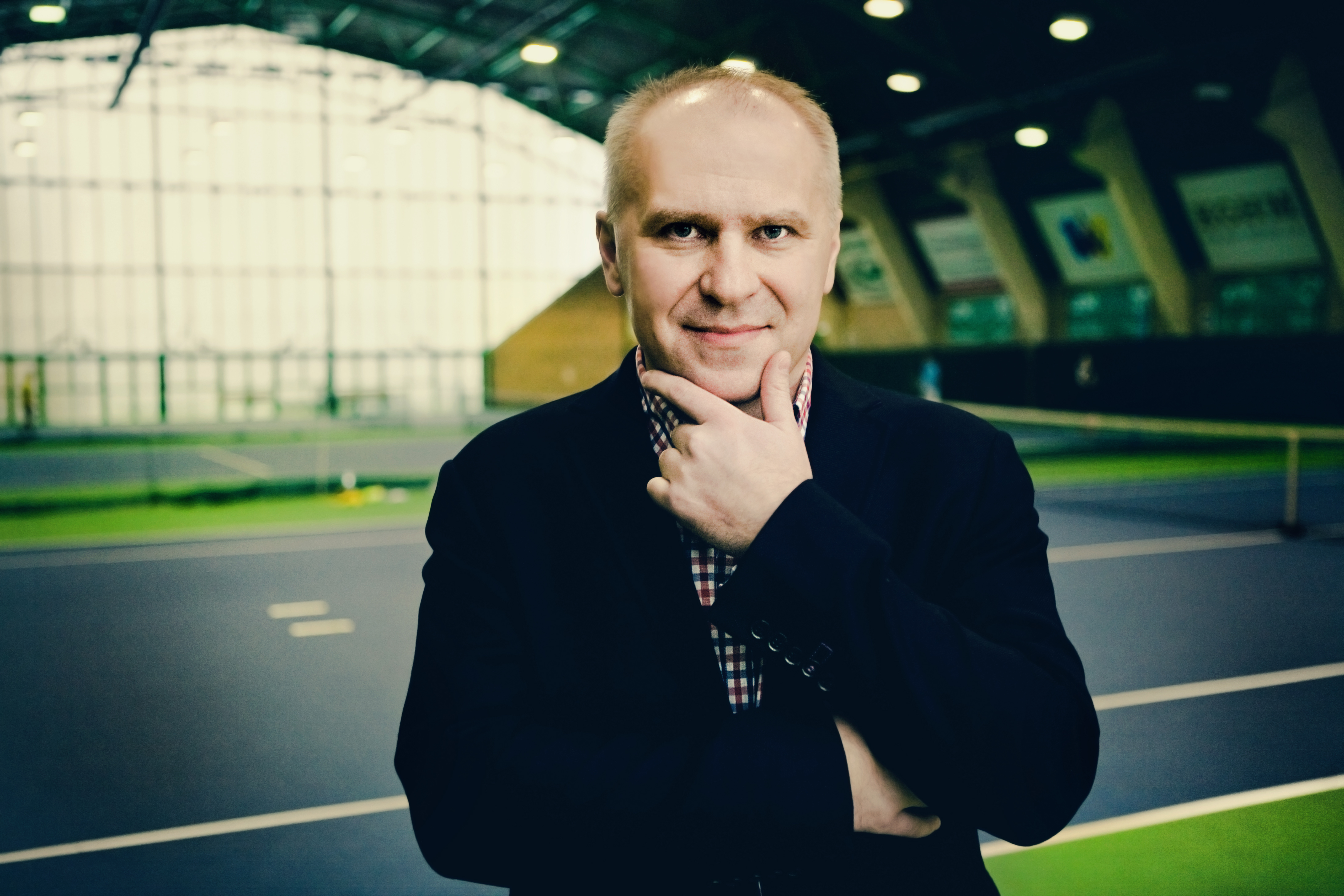